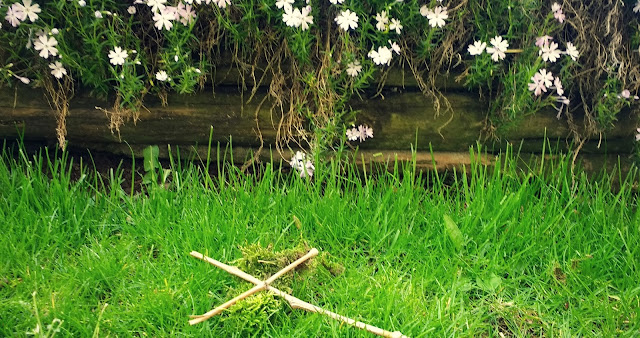 Today is the day of Preparation for Passover and usually there is joyful commotion and festive anticipation on the streets of Jerusalem. But this morning is different. This morning the pulse outside my cell is restless, anxious, pent-up evil. Why are the Jews aggravated so early this morning? I hear them shouting, chanting perhaps, but can’t quite recognize their angry words.
Suddenly, my door is thrown open and in the early morning light I am grabbed roughly. Is today the sentencing? My day of death? Odd for this to happen right before Passover—usually the Romans want to avoid upsetting the Jews around their feasts. I thought I was prepared for this moment, but how can one be ready? Renewed hatred for these Romans stirs within my soul. If only I could throw off controlling hands and take revenge. Instead, I am dragged to a palace and pushed before a crowd of angry men. Ah, this was the evil hum I heard earlier; this crowd is pulsing with intent.

Their chants grow louder as another man is brought to stand beside me. Except I hardly can believe he is still standing—his flesh is torn, dripping blood, long thorns digging deep into his scull. Around us discussion swirls between Roman Pilate and Jewish chief priests. “I see no basis for a charge.” But their response: “Crucify him!” I can’t keep my eyes off of this man. Despite the flogging, he seems calm, regal, perhaps even in control. I realize I am holding my breath, waiting to hear his name: Who is he? I must know. And why were we brought to stand together?

Familiar charges pierce through the uproar: insurrection, subversion, claiming to be the leader of the Jews—the accusations against this man are similar to mine. Perhaps we are to be crucified together. Yet it seems Pilate is still not convinced about the truth of the charges. Do I see fear in Pilate’s eyes, deep uncertainty in a war-hardened man? This battle of wills (and worlds) continues—the crowd seems determined to hate the man. Pilate asks: “Why? What crime has he committed? He has done nothing to deserve death.” With one voice they respond: “Crucify him! Away with this man!”
I steel myself against dread of the sure-to-come torture, then I hear Pilate say: “But it is your custom for me to release to you one prisoner at the time of the Passover. Do you want me to release ‘the king of the Jews’?” Men shout back, “No, not him! Give us Barabbas!” Suddenly all is clear to me. This is why I am here! His life or mine. Today one of us will be killed; the other set free. I know I am guilty; is he? The man’s face is set like stone—deeply determined, yet a soft hint of compassion around the eyes. As the crowd chants louder and louder, “Crucify him!” he turns to look at me and I see love. 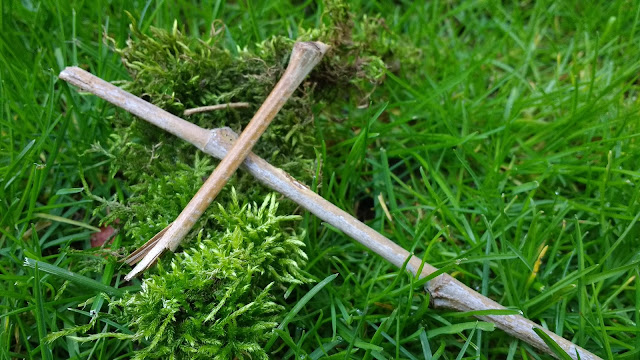 Now events move around me in a haze: Pilate washes his hands at the judge’s seat. Soldiers mock and spit. Someone adjusts the ropes on my wrists . . . no, wait, they are loosening them. Releasing me. After all these years, my chains are gone. But what about that man? Where is he? The mob is pulsing and pushing. I am shoved aside as they surge forward. Cross timbers jut above the crowd as the prisoners move toward the Hill, the place where traitors are crucified. By an inner force of curiosity and self-loathing, I follow the man.
There at Golgotha, I watch them crucify him. Hammering spikes into flesh, nails that should have been in my wrists and feet. A cross raised up in humiliating torture, the very cross meant for me. As the man is lifted up, I see posted on the sign above his head, in the place where crimes are listed: “Jesus of Nazareth, The King of the Jews.” I want to run in shame, but my feet are stuck here in the dirt in desperate gratitude, watching him die in agony. Jesus, the King, dying the death deserved by me.
And so I see myself in Barabbas.
The guilty set free; the Innocent sacrificed.
I am Barabbas. Barabbas is me.
There is no difference,
for all have sinned and fall short of the glory of God,
and are justified freely by His grace
through the redemption that came by Christ Jesus.
God presented Him as a sacrifice of atonement,
through faith in His blood.
Romans 3:22-25