Three years ago on a Friday in February, I was thinking: it’s so nice that we’re done babysitting the sisters. We helped out their foster mom by babysitting the girls for full days while she worked, six times in the last month or so. It was wonderful to help her out that way but now it will be nice to just have them over for fun and when it works with our schedule.

Life with three boys–ages 4, 2 and 10 months–was rather busy and wonderful. Sometimes Bryce would let me lay in bed to catch up on rest/quiet and recover from a sinus headache, so that’s what I was doing on that Friday morning when my phone rang. I didn’t recognize the number but answered because you never know who might be calling when you’re a foster parent. It was the supervisor at our foster agency. After a sentence or two of asking how we were doing, she got right to the point: “Dominic’s sisters are being removed from their foster home today. Will you take them?” All I could manage to say during the entire conversation was “Oh my.” After all the details, I finally managed to respond: “Let me talk with Bryce and I’ll call you back within the hour.”

I walked out to Bryce and the boys in the living room. “You’re not going to believe this.” Told him the news and we just looked at each other, then started to discuss–back and forth, pro and con, fear and reality. How do you decide on a lifetime of care in just one hour? It felt overwhelmingly impossible. Finally, we called her back and I can’t remember if it was our idea or hers, but we decided to take the girls for one week as respite. By the end of that week we would give the agency our “final answer.” Whew–much better. That felt a little more doable.

Needless to say, my quiet rest time in bed ended rather abruptly and the day jumped into motion. By dinner time that night, February 26th, our children count was almost doubled, and we had two 4-year-olds, two 2-year-olds, and a 10-month-old. And we had girls! Since we just babysat them six times over the last month or so, it was a relatively smooth transition for the girls–everything and everyone was familiar. And they were with their biological brother! That was such a joy to them–and, by extension, to us too. 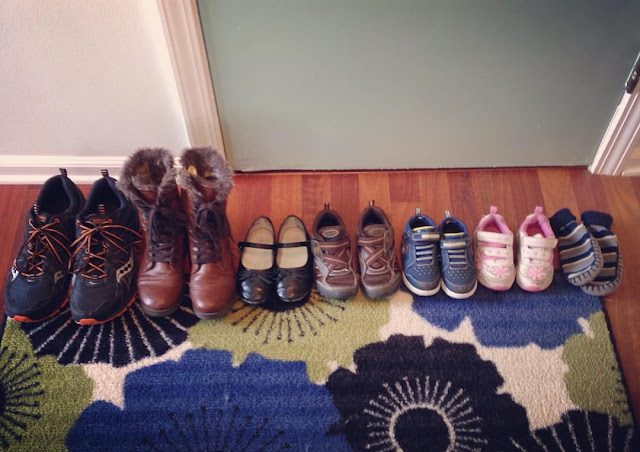 That first week is a blur. The girls came with basically nothing, so we were scrambling for clothes and shoes and hair supplies. I think I spent a good chunk of Saturday working on their hair. They fit into our family wonderfully but the busyness of a day with five under the age of five cannot be overestimated. During all of the meal times, nap times, play times, and hair times, Bryce and I were praying and thinking and trying to discuss what our final decision would be. Disrupting a placement for foster children can increase their trauma, especially when siblings are involved. That was out of the question for us: we didn’t want to say yes now, keep the girls for a few weeks or months and then move them on, thereby increasing their trauma. We knew deep in our souls we needed to make the decision for a lifetime–if we decided to keep them and the case went to adoption, it would be for forever.

We sent an e-mail to friends and family to pray for us in this decision–and the response was so encouraging: e-mails and calls and meals. The general feeling from everyone was “you all are crazy but we think you should go for it.” Bryce fasted and prayed on Wednesday. I got up early every morning to pray and to pour over my Bible, copying verse after verse. But have you ever noticed that there are so many verses in the Bible about denying ourselves and caring for the orphan and being weak so He can be strong? I think all of them found me that week! Here are a few I copied into my journal: 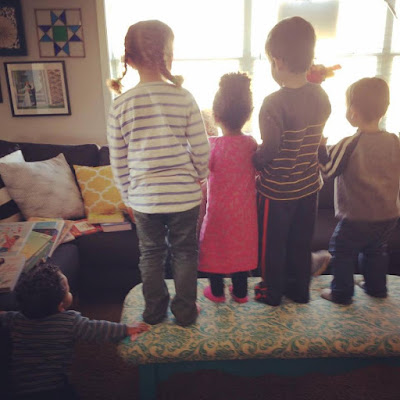 Here are portions of my journal entry from March 4, 2016.

I kept swinging between “how can we” and “how can we not.” It felt like writing on the wall would be helpful in this situation. And it also felt like I was having a crash course in grieving all that would not be–how different our family would look. All of the Scripture I was reading was pointing towards a “yes”–so that wasn’t helpful. 🙂

We also felt a great burden for their souls. My brother-in-law Dwight sent us a message one day saying–go for it! And the Spirit sent him to Esther where she says, “If I perish, I perish.” Encouraging us that some of our own plans & desires might have to die but worth it for the sake of the “least of these.” It was amazing to me that he went to Esther because “for such a time as this” had been on my mind from the very beginning.

I just kept feeling that this is what He had been preparing us to do. This is our passion and leading and here was an opportunity to step into it. On Wednesday, I was doing the lunch thing with the kids by myself. They had an adorable little dance party and I was enjoying them. And I felt like God gave me this picture of Mary, the mother of Jesus. She probably had this beautiful little life planned out for her and Joseph. And when Jesus came into the picture her whole life was changed suddenly, drastically, radically. And her response to the Lord was just beautiful.

The angel went to her and said, “Greetings, you who are highly favored! The Lord is with you.”
Mary was greatly troubled at his words and wondered what kind of greeting this might be. But the angel said to her, “Do not be afraid, Mary, you have found favor with God. You will be with child and give birth to a son, and you are to give him the name Jesus. He will be great and will be called the Son of the Most High . . .” . . . “For nothing is impossible with God.”
“I am the Lord’s servant, ” Mary answered. “May it be to me as you have said” (Luke 1:28-38).

Through his praying on Wednesday, Bryce felt God was telling him: you already have your answer. We laid in bed on Thursday morning and said to each other: well, I guess we’re going to do it. I could say that it just felt right–and it did, a peaceful kind of right feeling. And at the end of the day on Thursday, we both agreed that we were feeling so good about the decision. It almost felt natural to me–like this is the way things were supposed to be all along. 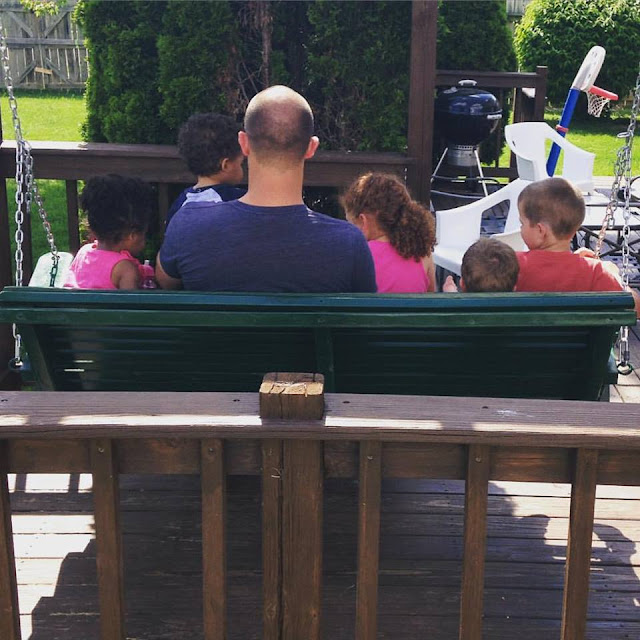 The wonderful peace we felt after our decision did not negate the struggle of transition to a family of of seven or working through trauma history or foster court case drama. But not once (truly: not once) during the last three years have I ever doubted we made a God-honoring decision, as hard as it was, and He will give us the strength to carry it through. Are you at a fork-in-the-road kind of decision? Does one path seem like the wise/sane road and the other path an I-might-possibly-perish kind of road? First, don’t doubt God can/will make the way very clear to you. And second, believe that once He does, He will give you strength and peace to walk in it. For a lifetime, if needed.

Who knows? Maybe you have come to this place for such a time as this?

PS: Do you feel a tug on your heart to care for the least of these? Maybe it’s time to go find one.

2 thoughts on “DECISION FOR A LIFETIME”